The plan envisages a compact model, a sort of city within a building, meant to concentrate in a single nucleus qualities and values so far considered accessible only on larger scales.

The idea is to find a fragment of city-life condensed in one edifice, a multi-purpose place where to live, work study and socialize in a dynamic equilibrium; a lively place, not a mere dormitory, where a private dimension and public stand can coexist, where privacy and openness are guaranteed a permanent interaction throughout the day.

The plan draws inspiration from the 19th century model of the block with a central courtyard, interpreted through modern means so that solidity and closure are replaced by ample passageways and openings across solid volumes; shadow and obscurity are overcome by air and transparency.

Just like the 19th century construction so the plan means to develop into a multifunctional city-block with a number of varied types of housing (two, three and four-bedroom flats), some home/workshops, retail and public services, communal areas, meeting points, a bar, a nursery and a supermarket.

The great internal court is conceived as a properly furbished courtyard, half paved and half turfed, where people will be able to read, study, play and socialize.

As a result of the idea of a sustainable city where slow motion may regain a central place, the grand building is literally cut across by a pedestrian and cycling path like an open-air corridor directly linking the residential quarters/levels to the urban trails. 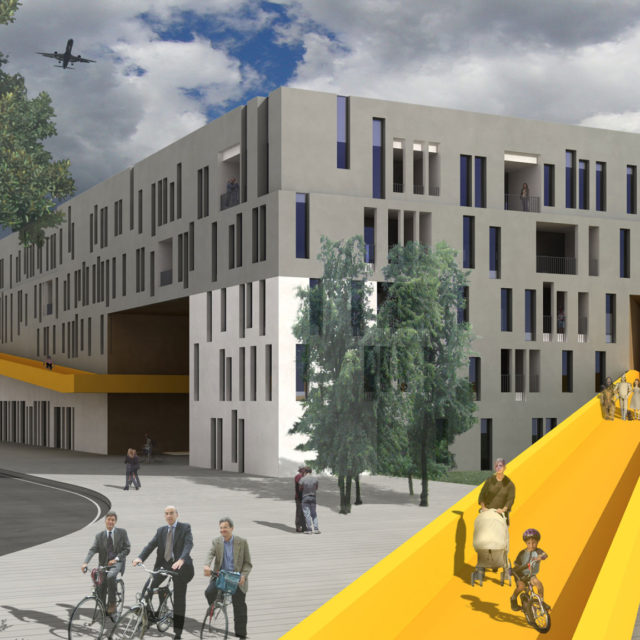 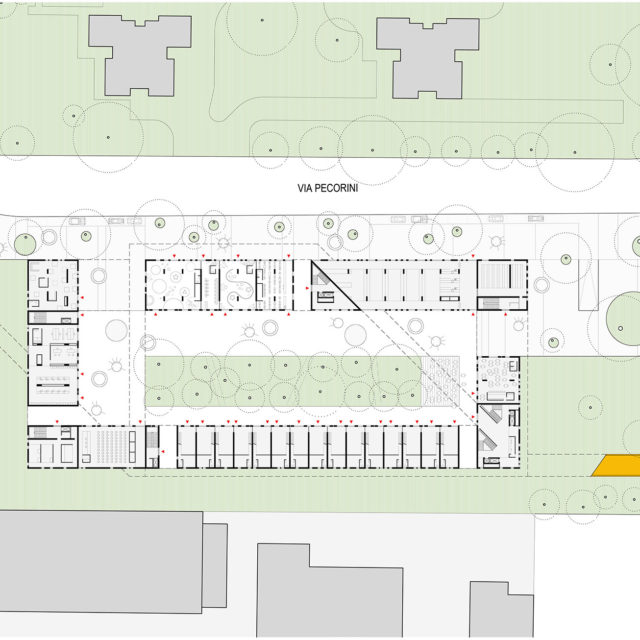 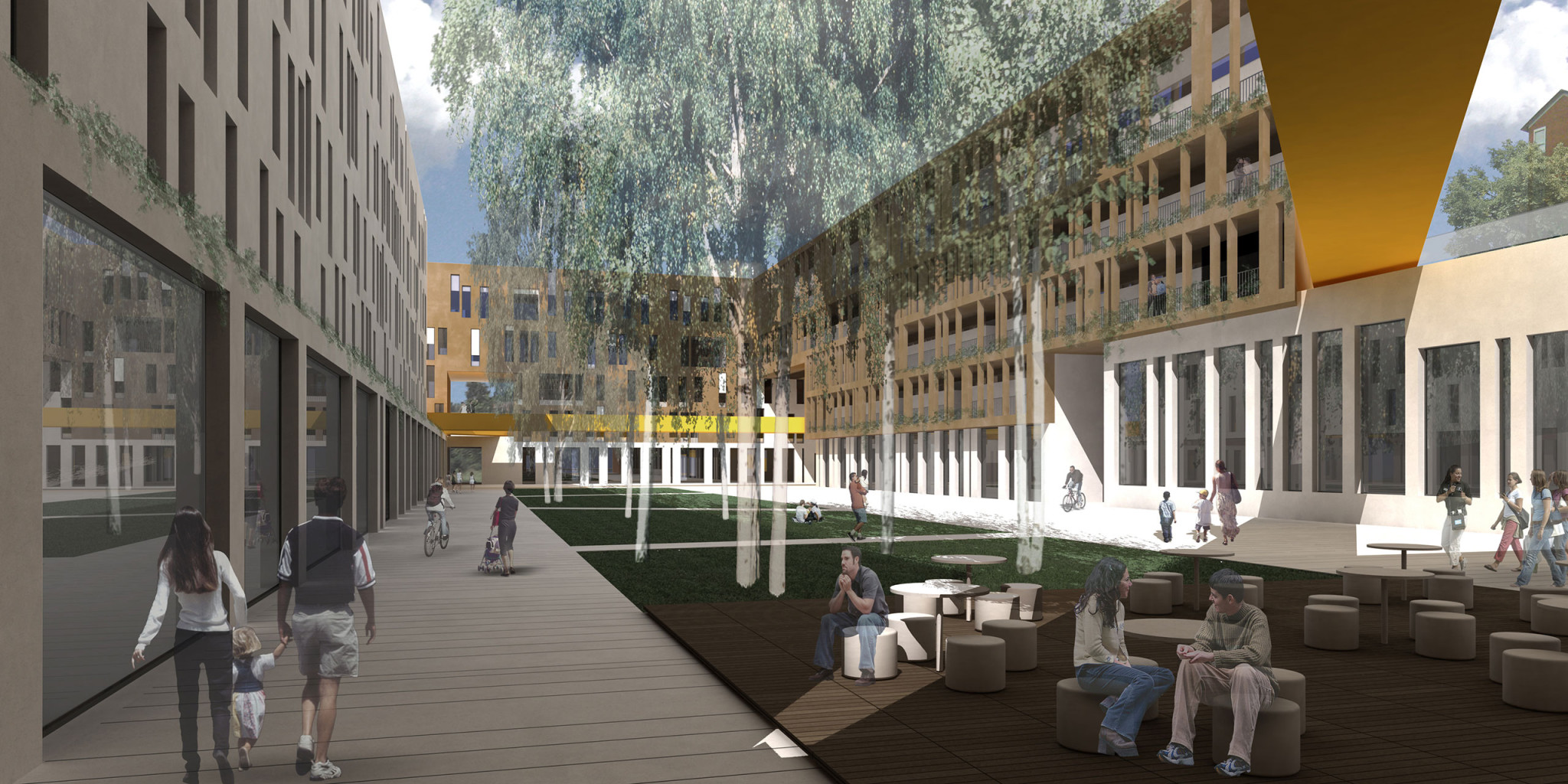