Within the overall scheme for converting the ex military area STAVECO for university use, the new Alma Mater Museum of Excellence is envisaged inside one of the most distinctive blocks of the whole complex characterized by the presence of an extremely light and elegant art-nouveau-style structure. 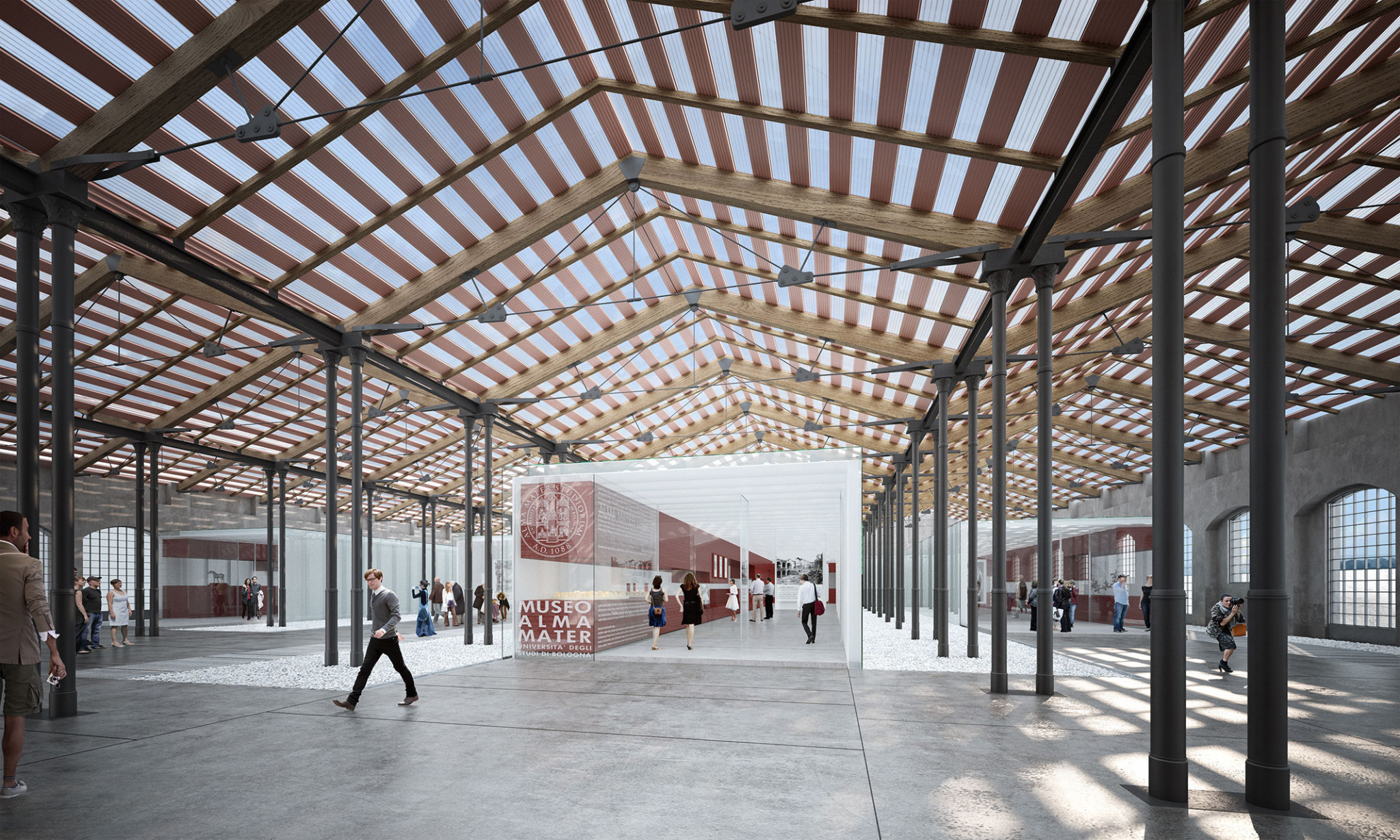 Conservation restrictions imposed by the Soprintendenza together with the demand for a radical change in function for the building have steered the design towards an approach to conservation not dogmatic but considered and responsible. Thus established the line of philological conservation for the most significant elements such as the overall volume, spatial continuity of the large roof and the main structure in wood and steel while, a decision was also taken to reinterpret the roof and introduce a new glazed “treasures chest”. The interpretation of the new museum container as a glazed and bright screen guarantees the dialectic relationship between the new and old making it possible to continually see the line of the steel structure of the old building during the course of the visit.

From a museographic point of view, the new Alma Mater Museum of Excellence is articulated according to the following keys of interpretation:
– a museum of an institutional nature that offers a chronological account of the thousand-year-old history of the university:
– a place that illustrates the relationship between the university of Bologna and the production of culture and science over the course of history;
– a space in which the deep and inseparable relationship between the Alma Mater and the city of Bologna is explored.
– a story accompanied by archive documents, photographs and artefacts taken from the extensive University Historic Archive. 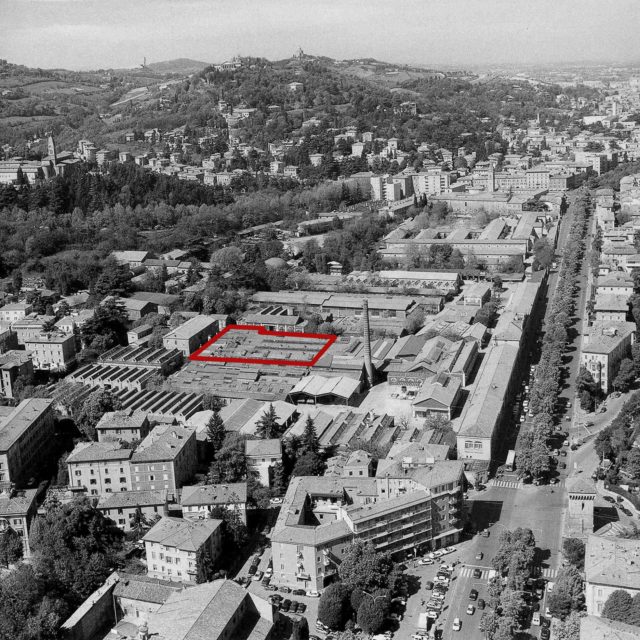 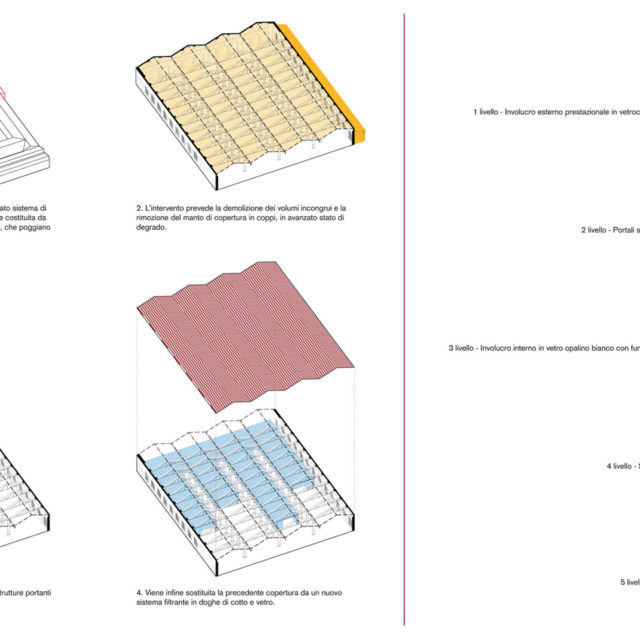 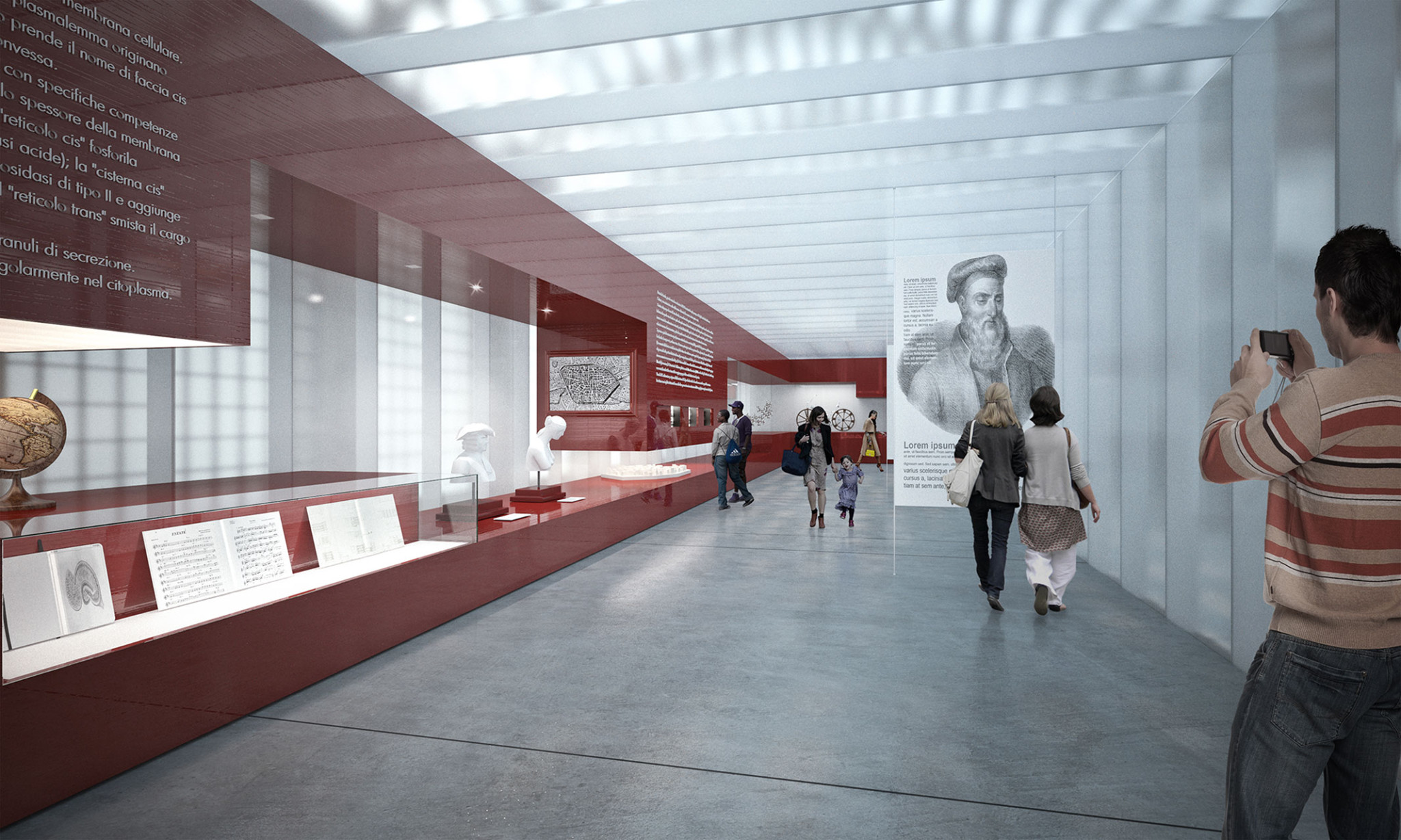