From an urban design point of view, this scheme aims to restore the relationship between two key entities, the Church and the Town Hall, and to introduce a system of connection between various parish areas and spaces. 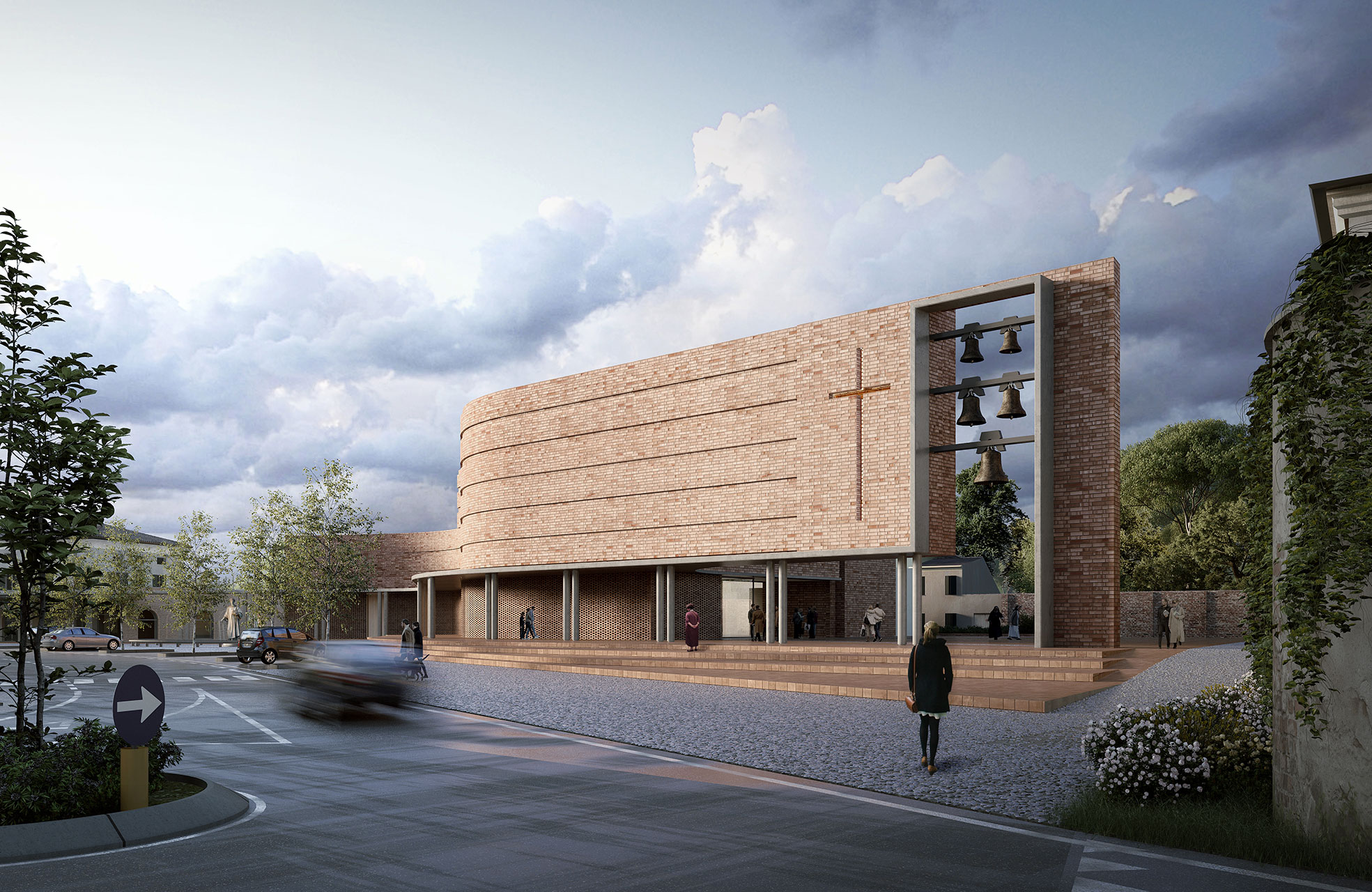 The position of the existing building is thus overturned, the churchyard is placed in line with piazza Matteotti and the new church re-centred with respect to the site with the aim of creating, in addition to a large public square, a protected adjoining space that can be used for outdoor parish activities. As in ancient times, the facade has the task of conveying the identity of the sacred building and making it clearly recognisable; thus the design includes an important walled backdrop that folds around to face itself and offers to both directions a clear sign: the salvaged bells and large cross towards piazza Matteotti, the brick grill that is a reinterpretation of the gridiron of San Lorenzo Martyr towards via Tazzoli.

From a liturgical point of view the project attributes to the Tabernacle as the “place” of the Custody of the Eucharist, the role of key element of the architectural layout. Positioned in a dedicated space between the main hall and the chapel, while belonging to the latter, it is easily reached from the presbytery.

The choice of a compact seating plan guarantees a greater proximity between Celebrant and Assembly, greater union and communion among the faithful and a greater sense of participation. 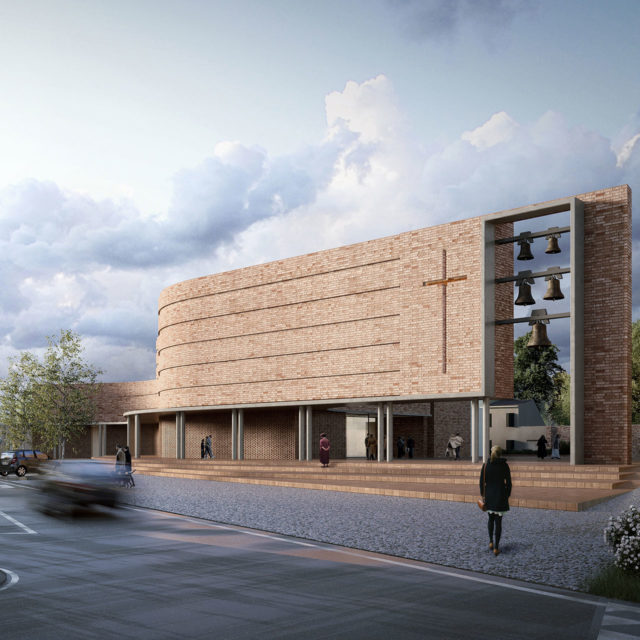 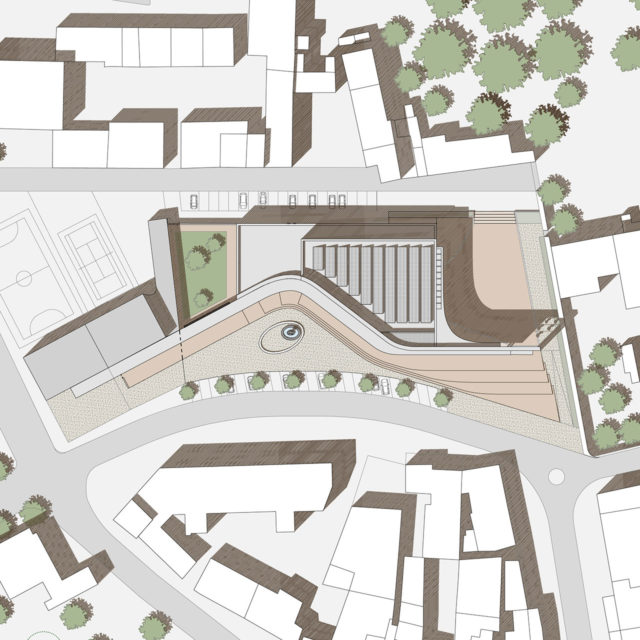